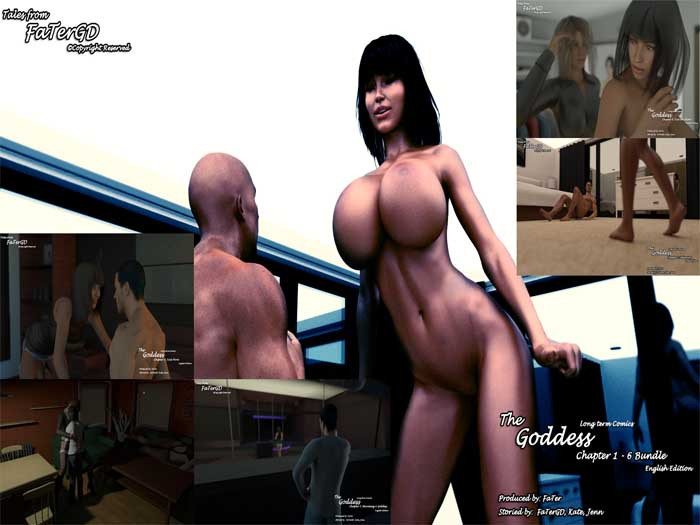 Here is the description for each:

A average height girl, Kate, receiving a text message from her boyfriend Steven
coming to an apartment bought
by her boyfriend a year ago.
Peaking inside from the unlocked door,
she thinks her boyfriend is making a joke,
as usual.
Yet it's not.
A giant truth is just lying in front of her...
Betrayed...

Getting humiliated by two giant girl,
and watching her boyfriend cheating in front of her own eyes.
Kate is devastated.
Life becomes meaningless,
she lost everything, even the one she loved.
First thing come up her head, is alcohol.
So she goes to a bar nearby,
where everything starts to change.

Sitting on the bed in a luxury hotel,
James --- the club owner, can't believe such a beautiful woman --- Kate
is now standing in front of him.
His dream --- having a tall beautiful girlfriend, is coming true...

After gaining the incredible power,
Kate --- now a goddess, begins her
First move...

Entering the club's bathroom
With the biggest smile in his life...
One of the club's regular customer,
Is going to have his dream come true...

As giantess Carlene, nearly twice as big as him...
pushes herself through the door...
She is going to give him, yet another surprise...


Standing in the Goddess Kate's Room,
With his mind still replaying the growth...
That the Goddess just showed...
Right in front of him...

Looking at Goddess Kate's over 8 feet tall body,
He realizes...
There is nothing he can do...
But to listen,
Whatever she asks...

Looking at herself in the glass,
Kate never feels less amazed at her own ability...
And herself being a goddess,
Controlling anyone else at her will...

Spotting him still standing right in front of the bed,
The feeling just comes back to her...
She wants more...

Time for her Domination